Percentage of women who reported their newborn infants sleep on their backs.

Number of new mothers who reported that their newborn infant sleeps on his or her back.

Number of Utah women with a live birth.

About 3,500 babies in the United States die suddenly and unexpectedly each year. A thorough investigation is necessary to learn what caused these deaths. Sudden unexpected infant deaths include sudden infant death syndrome (SIDS), accidental suffocation in a sleeping environment, and other deaths from unknown causes. Research has shown that placing babies on their backs to sleep is the most effective action that parents and caregivers can take to reduce the risk of Sudden Unexpected Infant Death (SUID).

Increase the proportion of infants who are put to sleep on their backs
U.S. Target: 75.9 percent

The majority of Utah infants are placed on their back to sleep. In 2017, Utah Pregnancy Risk Assessment Monitoring System (PRAMS) data revealed that 87.1% of infants were most often put to sleep on their backs. This measure is up from 85.9% in 2016. During 2016-2017, over half (54.3%) of Utah PRAMS respondents said their babies always slept alone in their own crib or bed. However, 8.5% said their babies slept with toys, cushions, or pillows, including nursing pillows.

Since the Back to Sleep Campaign began in 1994, with the American Academy of Pediatrics encouraging caregivers to place their babies on their backs to sleep, the rate of SIDS deaths has dropped over 50% in the United States. The Back to Sleep Campaign has since been renamed the Safe to Sleep Campaign. This campaign addresses SUID (Sudden Unexpected Infant Death) which includes all unexpected infant deaths: those due to SIDS, and those from other causes like accidental suffocation and entrapment. As the rate of SIDS has decreased, the rate of SUID has remained steady. The Safe to Sleep campaign emphasizes placing an infant on his or her back to sleep as well as other ways to provide a safe sleep environment for infants. These include using a firm sleep surface; placing infants in their own sleep environment and not on an adult bed, couch, or chair; and ensuring no blankets, quilts, or other soft bedding is present in the infant bed. This includes keeping toys, crib bumpers, positional wedges, and soft sheepskins out of an infant's sleep area. The Safe to Sleep campaign recommends that infants sleep alone, not with an adult or anyone else. Safe to Sleep also emphasizes prenatal care, breastfeeding, the use of a pacifier when putting infant down to sleep, daily supervised tummy time, and immunization. Safe to Sleep advises avoidance of the following: infant exposure to tobacco smoke, mother's use of alcohol and other drugs, and use of commercial sleep devices (positioners, wedges).

The American Academy of Pediatrics 2016 report includes the following evidence based recommendations: # Place infants on their back to sleep (supine) for every sleep period until they are 1 year old. This position does not increase the risk of choking and aspiration. # Use a firm sleep surface. # Breastfeeding is recommended. # Infants should sleep in the parents' room, close to the parents' bed but on a separate surface designed for infants, ideally for the first year, but at least for the first six months. # Keep soft objects and loose bedding out of the infant?s sleep area. # Consider offering a pacifier at naptime and bedtime. # Avoid smoke exposure during pregnancy and after birth. # Avoid alcohol and illicit drug use during pregnancy and after birth. # Avoid overheating and head covering in infants. # Pregnant women should obtain regular prenatal care. # Infants should be immunized according to the recommended schedule. # Avoid using commercial devices that are inconsistent with safe sleep recommendations, such as wedges and positioners. # Don't use home cardiorespiratory monitors as a strategy to reduce SIDS risk. # Supervised tummy time while the infant is awake can help development and minimize positional plagiocephaly. # There is no evidence to recommend swaddling to reduce the risk of SIDS. # Health care professionals and staff in newborn nurseries and neonatal intensive care units as well as child care providers should endorse and model recommendations to reduce SIDS risk. # Media and manufacturers should follow safe sleep guidelines in messaging and advertising. # Continue the Safe to Sleep campaign, focusing on ways to further reduce sleep-related deaths. # Research and surveillance should continue on all risk factors.

As part of the Sudden Unexpected Infant Death (SUID) and Sudden Death in the Young (SDY) Case Registry, CDC?s Division of Reproductive Health supports SUID monitoring programs in 22 states and jurisdictions (including Utah) covering about 1 in 3 SUID cases in the United States. Participating states and jurisdictions work to improve data quality on SUID cases. This effort leads to a better understanding of circumstances that may increase the risk of SUID.

Non-Hispanic Black and American Indian/Alaskan Native infants have higher incidence of SUID and other sleep-related deaths.

Pediatricians, family physicians, and other primary care providers should actively participate in the Safe to Sleep campaign. Providers should ensure infants be immunized according to the American Academy of Pediatrics/Centers for Disease Control and Prevention schedule. Furthermore staff in newborn nurseries and NICUs (newborn intensive care units) should endorse and practice the SIDS/SUID risk-reduction recommendations from birth.

Risk factors for SUID include maternal smoking, environmental tobacco smoke, overheating/overbundling, having soft items in baby's sleeping area, being male, being 2-4 months of age, and being born preterm. In the U.S., African American and American Indian/Alaskan Native infants have higher incidence of SUID and other sleep-related deaths.

Utah's prevalence of infants being put to sleep on their backs in 2017 was 87.1%. Since 1994 SIDS deaths have been dramatically reduced nationally by over 50%. However, deaths from other sleep-related causes have risen over the last decade. 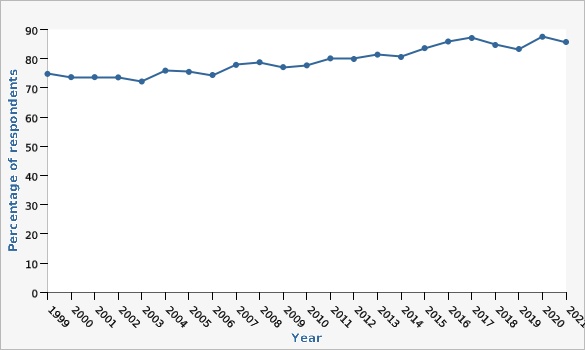 Prevalence of Infant Sleeping Position on Back, by Maternal Age, Utah, 2016-2017 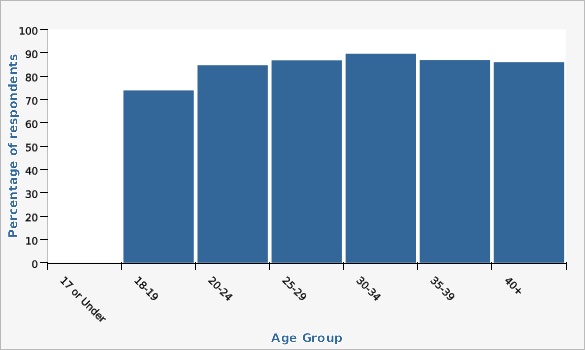 *Use caution in interpreting; the estimate has a coefficient of variation > 30% and is therefore deemed unreliable by Utah Department of Health standards.

Page Content Updated On 03/21/2019, Published on 03/25/2019
The information provided above is from the Department of Health's Center for Health Data IBIS-PH web site (http://ibis.health.state.gov). The information published on this website may be reproduced without permission. Please use the following citation: " Retrieved Mon, 18 January 2021 19:25:38 from Department of Health, Center for Health Data, Indicator-Based Information System for Public Health Web site: http://ibis.health.state.gov ".